How is the wind on Lake Garda born and what are its characteristics? Gerard, our harbor master, tells us about it.

If, on the return from a holiday on Lake Garda, someone asked you what remained the most imprinted, you would probably tell about the breathtaking view, the special climate, the welcome of people, the ease with which you can practice many outdoor sports … but few would say the wind.

And one of the factors we take most for granted is at the same time one of the most important.

The constant movement of air currents through the fjord of our lake if for those who practice competitive sailing is a fundamental knowledge, for those who follow the sport of sailing and are passionate about it without actively participating, it does not let us imagine that there is much more behind .

There are many factors to consider both before and during sailing. Let us tell it to those who really know; Gerard: Fraglia Vela Malcesine harbor master.

Óra and Pelér, the winds of Lake Garda

Gerard is one of those people who you meet as soon as you arrive at Fraglia and on whom you can immediately rely. Receiving advice or a warning about weather conditions makes the difference in the sailing environment.
His experience is recognized by all and few in these years have not passed from him to compliment him as soon as a race has ended.
In fact, the preparation and management of the race course is everything.

Gerard: “For Malcesine and Lake Garda the word wind means Pelér and Óra”.

Pelér indicates the characteristic north wind which, from the right, strengthens at the same time as it descends towards the lower lake. “It is stronger in intensity on Brescia side near Capo Reamol or a little further south of the Fraglia along the straight green of the landing of paragliders”, Gerard tells us. “It blows in the morning and reaches 20-22 knots, but you can have fun with 16-18 knots and do some good training or great race trials.”

Óra indicates the still more famous south wind that distinguishes the Garda and makes it so unique. It is born in the hottest hours of the day from the Po Valley to then ascend and influence the entire territory north of the lake and beyond into the Adige valley. “The Óra is usually between 14-15 knots, it creates a little wave but never too much,” Gerard explains and he reveals a technical curiosity: “if the Óra blows a lot from the right side to Navene, in Riva it will arrive with a net change from the side, therefore, we expect an Óra from left ”.

The two winds, almost like a delivery pass, alternate and this makes it possible to surf all day.
This is precisely the reason why we are considered the sailing gym, the fixed appointment for each champion in their competitive program, the Spot with a capital S, where to surf and train all year with constant and regular conditions!

He tells us: “The directions remain constant throughout the year due to the typical conformation of the coasts, while the intensity varies according to the season. In the not too hot months the thermal works very well: if in the mountains instead there is no temperature ramge and the night remains 20 degrees almost like the day, you are in an unfavorable situation for the creation of the wind “.

The constancy of the winds on the lake does not only concern the direction and the alternation but also the way in which they develop; in other words if the wind has entered with a right direction, then it moves and blows in the central area and finally moves towards the center-left; attention, it is the signal that the wind is about to end!

As for the regattas, for Gerard it is fundamental to imagine the complete route that the boats will face and to preview the technical precautions for the positioning of the buoys. One of the first measures to know is the width of the starting line”, which depends on the number of participants but also and above all on the sailing class, “according to this, the windward mark is positioned in the leftmost possible corner and of consequently you get the distance where to moor the jury boat”. In this way you get the best possible edges for navigation and by putting the awning and aft buoy straight on the same line you avoid a single-board race course.

Another important factor to be exploited is the advantage of the coast at maximum level. It means that during racing boats passing as close as possible to the coast and therefore to the Fraglia will have guaranteed the wind coming from the left. And the show from the ground will be guaranteed in the same way, comfortably seated at the bar table, identifying with the tactical maneuvers of the best sailors.

Regattas, trainings and outings in the water for everyone but watch out for the lake risks.”On too hot days there is always attention to be paid” warns Gerard, “the danger is when the pressure builds up in the north or when the clouds above Limone or above Monte Baldo become as dark as the mountains, it means that somewhere it is raining and even hailing, the sudden lowering of temperature brings a very violent discharge of wind that lasts 5-10 minutes but produces damages”

We are waiting for you! Come to Fraglia Vela Malcesine for the best training or on the start line choosing one of our great events of this Regatta Season!

Come and get passionate about sailing or if you have any doubts about the weather or our winds ask Gerard on Fraglia boat parking. See you soon!! 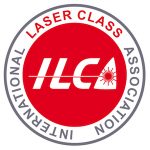